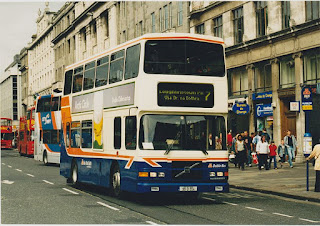 I was twenty-four when I ran my first marathon. Dublin 2003. It was for charity and the lead-up to it were characterised by how my fund-raising efforts were far more successful than my training regime.


I had lost a college friend to Cystic Fibrosis (CF) some years previous and had raised more than a £1,000 pounds with my friend Podge for CF Ireland by wearing the worst female get-up the streets of Dublin had ever seen and completing the women’s 10k mini marathon. Some four years later I decided to repeat the effort, except in the Dublin Marathon with a few slight tweaks –


I achieved the first two of these tweaks pretty successfully. As for the training, not so much.


The thing was, I wasn’t unfit. I played football with the local soccer team but being match fit and running fit are an entirely different thing. Match fit allows you to shuffle around the place for decent stretches of a football game before you burst into action with a few sprints. It is a long way from marathon running.


To deal with this deficit I tried running around the town of Trim but every time I tried to run more than a few miles my shins started to ache and no amount of sitting in an ice cold bath afterwards seemed to ease the pain. As a result, my entire training regime came to four runs: one 5 miler, two 6 milers and a 9 miler, thus giving me a combined total of 26 miles, .2 short of the actual race distance! So when I lined up for the start at Merrion Square on the Bank Holiday October morning in 2003, while I might have successfully raised about £500 for charity I was about as set for running a marathon as I was for travelling into space.


It was never going to be pretty.
Yesterday's training.
Still resting and now counting down the days to physio.
Posted by ronanmoore at 2:37 AM