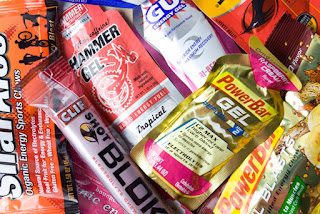 he second time I ran the Dublin Marathon was in 2008. It was a strange choice. I had only ran Berlin a month before and was content with the run having left nothing on the road bar the usual mix of blood, sweats and tears. My friend Dave on the other hand had other feelings. He had cramped up badly and felt he hadn’t been able to give it his all. After several months of training this hurt. As a result, he wanted to have another go and with the Dublin Marathon just a month later he had the perfect tonic - that is if a tonic for you is a 26.2 mile run. He asked me to join him for encouragement and having helped each other over the last half a year I really only had one answer. Sign me up. Thus, with no real pressure I went into my third ever marathon with the sole goal of enjoying myself and being involved in a medical experiment!


While I can’t be certain if it was Bath, Bristol or some other English university beginning with B I do know the experiment was to see the difference in performance between runners who took energy gels every twenty minutes throughout the race and those who didn’t. I remember this because I was one of those who was going to be eating gels every twenty minutes and I got two boxes of the stuff for free for doing the experiment! Result! The only thing I needed to do was get a pin prick and give a drop of blood or two at the start and again at the finish. Though David had no ethical issues with this he did have time issues and as I was already the cause of us being late into Dublin he decided he was not going to wait around for me to give blood and collect my two boxes of energy gels. And as a result we started separate from each other.


The race itself was pretty unremarkable except for two things. One was how well I felt, part energy-gel and part water-related, something I had failed to do in Berlin. So good did I feel that with 5 miles to go, I thought I might actually score a PB! The second interesting thing was the ending. This was the marathon where I helped Donal to the end (an earlier blog) having been part responsible for him being on the ground in the first place.


In the end, I came home in 3 hrs 19 mins 12 seconds, just over 3 minutes slower than Berlin, two and a half slower if you allow me the 30 seconds for helping carry Donal over. And 14 seconds later David came trundling over too. He had left nothing on the road this time, and having started after me on the line had gotten a time of 3 hr 17.40.


Job well done. Dave got his personal best while I got my two boxes of energy gels. It was just a pity it took me nearly two days to sleep properly, something that B*@$# University never told me about!


Yesterday
I’m going to stop calling it training, until I start running again:(.

Posted by ronanmoore at 1:41 PM