Sounding like some sort of Germanic social gastro problem, fartlek is in fact a type of training. Originating in Sweden back in the 1930’s as an attempt to turn the table on thoe pesky Finns, fartlek mixed slow steady running with unstructured short intense intervals mid-run.

…the three Kenyan’s attack you half-way into the 10,000 metre Olympic Final.
…your mate attacks you (the mate who’ve you bet €20 with that you’ll finish ahead of him), mid-way through your 5k race, again a kilometre later and again 500 metre from the line.
…the farm dog attacks you out on the country stretch and you have to speed up to keep free of his jaws before dropping back down to race pace.

While I would not suggest Fartlek as in anyway vital for marathon running it can make a change. If you do gift it a go there are two approaches to Fartlek running that I would suggest:

1. Go out with a friend and take turns calling it to quicken up and then slowing down. (Make sure it is a proper friend however and not some vindictive old school-mate who as a much better runner than you, has decided to exact revenge for all those times you took his fun-size Mars bar).

2. You go out yourself and come up with your own strategy to sporadically up and down the pace. This can be done in any number of ways. 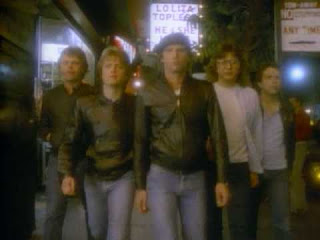