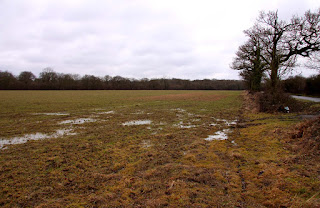 I wasn’t a great runner growing up. I remember a village sports day 600 metre race where I took off exceptionally fast to lead the field at the 200 metre mark and a full lap to go. Then a flood of competitors engulfed me on the back straight leaving me to jog in close to last. I feigned ignorance that it was a lap and a half race, and friends told me that had I paced myself I could have won. Of course I knew, had I paced myself, I would still have come last but I wouldn’t have had any excuses.


The following year I passed on a head-start to run with everyone else only to jog at the back of the field explaining sagely that it is the taking part that counts. Feck that. I was small for my age and knew my little legs wouldn’t have gotten me anywhere near the front-markers. At least I could guarantee coming in with the back-markers, which I did comfortably.


It wasn’t until I was probably 16 or 17 that I finally showed some promise that I might actually make a half-decent runner. It was in a Christian Brothers secondary school and I, along with more than a dozen and a half other fellow school-mates had all opted out of double Biology, Accountancy or Physics to take part in the annual school cross-country race. Of course, in order to get out of class you had to put on a pair of shorts, runner and be prepared to at least line out in the miserable January weather. But that was far more inviting to teenage boys than the life-cycle of a liver fluke, checking accounts and refraction. Our deputy principal was in charge of the event and knew very well what the vast majority of us were up to. However, for some strange reason he let us line out, perhaps with the vague hope that maybe we’d actually make a race of it. While I didn’t ‘not’ get on with him, he had once told me that “Moore you’re a gob-shite and you’ll always be a gob-shite” so it must have come as a surprise to him that when half the field cried off in the middle of lap one with an array of calf, ankle, thigh, groin and elbow injuries I wasn’t among them. I was pretty surprised too.


I forget how long the actual race was, probably closer to three than the ten kilometres I’d like to believe it was. However, I do remember just latching onto the ankles of the school’s midfielders, Colm whose football fitness saw him lead from start to finish. After the first lap I realised that if I could keep going I could finish top 5. After the second I felt that with a local club runner well back in 4th I might actually get a medal. And by the middle of the third and final lap, despite feeling horrid, I knew that while I wasn’t gaining on Colm, I wasn’t being gained on myself. In the cold January mud I came home second!


Two things happened in the immediate aftermath. First, I threw up, so exhausted was I from the run. Secondly, the Deputy Principal commandeered the junior first prize trophy and gave it to me, so shocked was he that this ‘gobshite’ had actually come in second.


For years after a photo hung above the small geography room in the school building we affectionately called the Bogside (named after the Derry riots). In the photo was Colm smiling in the centre and to his right, with a trophy of the same size to his, but with a face that looked like it had just been fished out of the North Sea, stood me.
Yesterday’s run


Didn’t happen as I continue to rest my calf strain. A part of me keeps wanting to begin jogging but I will wait one more day before I attempt a long slow run at the weekend. If that doesn’t go to plan then it will be a trip to the physio, which is possibly someone I should have gone to days ago.