Blowing out the cobwebs

At this stage of the year most Dublin marathon runners will have already gone out for their first ‘real’ run of the season, the one that most least look forward to.


The thing is, when you get back into the running after a long lay-off sometimes caused by injury, office-work or alcohol related weekend fun it is not that difficult to get the slow runs back up to speed. A slow 5 k one day. Another the next. A few extra kilometres over the weekend and before you know it, throwing on a pair of shorts and an old race technical top from a 10 k you ran last year is a habit once again. 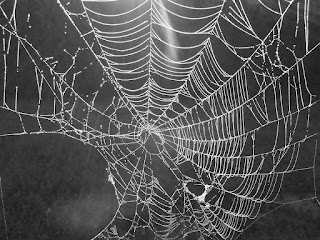 However, at some stage you need to ‘blow out the cobwebs’ and push it if you have any desire to get back to last year’s level. Only after this will the training really begin. And it doesn’t seem to matter what level you will be aiming for, the first time you blow out, it’s rarely fun.


For me it came in April. Having tipped along from the end of March and beginning of April on slow 5 to 8 k runs not far from home I thought I’d run 2.5 kilometres in 4 mins, take a breather and then 2.5 k on the way back and go sub 20 mins. After all I had ran a full 2 minutes quicker than this in a 5 k race last summer so how hard could it be?


I soon found out. It was absolutely awful. After just 500 metres I realised that this was far from fun. After a kilometre it felt like the silliest idea I’d had all April! After a kilometre and a half the only solace I had was the spit I was pushing around in my mouth, while by 2 k I was trying to cloud out every conceivable reason why I should just stop and jog for home.


In hindsight, a warm-up would have been good. So to would a summer’s sun glowing on my back on the way in, instead of a cold April wind that actually greeted me. A few fellow sufferers running alongside could have also helped. However, I was on my own and I just had to grit the teeth and keep… on… moving.


Some old men chatting having been cocking hay for an approaching festival met me at the half-way point where I stopped to draw breath. While it was not ‘Al Pacino - Every Given Sunday speech – inspiring’ it made for a nice sight and I was amazed how much it cheered the soul. After that the coming back, was at least, coming back.


I came in around 20 mins and 30 seconds. Slower than expected but lacking the cobwebs. The season could now begin.


If you haven’t yet blown out the cobwebs for this year, I’d suggest tonight is as good an evening to start. Enjoy.


Tough Run - 10 x 2 minutes at 5k pace with 1 minute recovery running in between
Despite the deluge beforehand, joined up with the club, who were out in big numbers. Just as well for this hard run. Paced myself along the club's strongest runner, just about holding on for a really tough but rewarding session.
Posted by ronanmoore at 1:17 AM