There are two key steps for a successful Braveheart.

The first one is obvious – training.
The best approach to training, immaterial of what type of runner you might be, seems to be a mixture of long and slow with short and speedy. 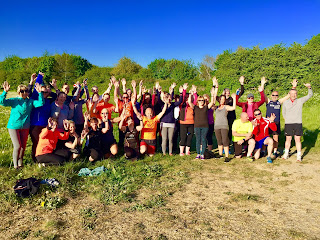 Long and slow – This is when you run for longer than 5k but at a much slower pace than you might like to on race day. What exact pace you might ask? That’s easy: the pace where you can talk about the job interview you did; where you toddler decided to hide your bank cards; how to cook a perfect curry; or who will start the first Lions tour. If you can hold a conversation on any of these for the duration of your run then you’ve got the pace right. Don’t worry that you are going slow, the whole point of these runs is to just get the body accustomed to running for a reasonable length of time.

Short and speedy – These are the repeated runs (usually called intervals) that are short (often no more than a kilometre or 4 to 5 minutes long) where you run faster than you would hope to do in the Braveheart. These sessions are usually the toughest training sessions you’ll do. You know they are tough because by the end of the first interval any thought of talk has firmly gone out of the window. By the second you are relieved you didn’t have dinner before coming out. By the third you are hanging on while by the fourth you are either almost out the back, or leading up front because it’s your turn, damn! And then the last, well that’s the last thank God!!!

Such types of training are ideal for anyone who may have done 5 kilometres previously but slowed dramatically at the end or did it in a mixture of running, jogging, walking and cursing and/or for those chasing that elusive PB (which is not an unwanted yeast infection but athlete’s talk for a Personal Best).

For the company and the craic in doing sessions like these, if you’re not in a club join one, if you don’t know a club but are near Trim join ours, and if you are only just starting then remember Don and Shane’s running groups which are still open to newcomers. To look for more click here.

The second step for a successful Braveheart is a blowout. 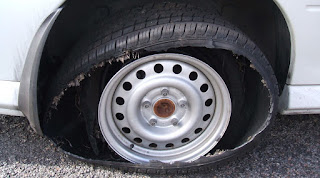 Not to be mixed up with the main cause of single vehicle accidents on motorways, a blowout in running is a really tough, tough training session shortly before a race or better still another race before the main event. It is when you realise that your fitness isn’t quite like it was last year and when the second half of a race seems so much longer than the first. While they can be painful, blowouts are the best way to dust off any cobwebs before the main event.

And if we consider the Braveheart 5k the main event then there are many great opportunities to get out and about in the next few weeks to get your race legs ready. From the ultra-competitive Bob Heffernan 5k in Johnstown Bridge to the traditional Patrick Bell Bohermeen 5k a week before, the Star of the Sea 5k in Stamullan to the multiple of local runs in between. 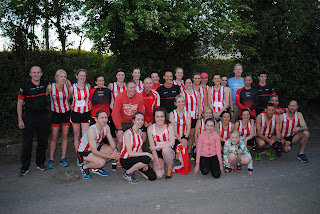 For me my first two blowouts came in the last fortnight. The first was the Meath Partnership 10k in Kells on the May Bank Holiday when a scorcher of day saw more than one competitor rather than blowout but blowup on the way back in as the speed and heat caught up with them. For me I just about hung on along the slow climb back into town grateful the person chasing me down didn’t realise how much in pain I was. The second blow out came in Bohermeen’s annual team road relays where teams of four tag each other after half-mile, mile, mile and a half and two mile legs. It doesn’t matter what leg you run, you’re shattered by the arrival home.

With a half a litre of my Easter holiday's evening cool beers sweated out in one and a half a lung coughed up in the other, I feel I am now ready for race season and when William Wallace comes a calling on the 16th of June seeking us to rise up in defiance of tyranny, English rule and er… a 5k run, I hopefully will be all set.

Next week, we'll go through the course.

p.s. The shirts for the first 400 entries look great! 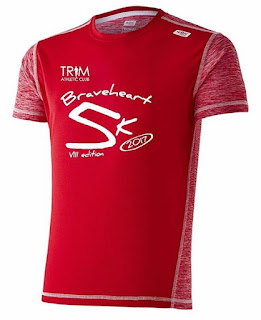