Reason why we run 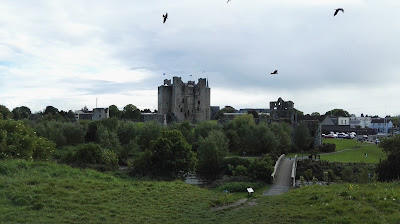 I can remember back in Trim to when I was young and used to wait down by the old fire station to go to juvenile G.A.A. matches. You’d show up wondering if you had enough for a team, talk about Summerhill disco the Friday before and wonder where you were playing today, 'far side of Navan’ would come the response.

One particular memory stands out and that was when we would regularly spot a guy across the river in the Porchfields donned in the red and white candy-stripes of Trim running up, down, around and about. I remember wondering was he a little mad. It turned out that he wasn’t, he was just ahead of his time. Looking back twenty years ago we must have been like those yokels in the fields looking at these new mechanised contraptions, called cars, thinking they’ll never catch on. Who knew eh?

Now, half the country has copped on to this running lark and it is no surprise that still three weeks away the Braveheart 5k is already pushing past 350 runners. If you’re not one of them and are still interested, get joining.

It’s easy to understand why running has become so popular today. While there is a myriad of reasons, here are my top 11 -

1.       Endorphins – After just a kilometre of two into your run, the endorphins begin to kick in. To those who are a little unfamiliar endorphins help reduce pain and help trigger a positive feeling in the body similar to that of morphine. I mean, what’s not to like? 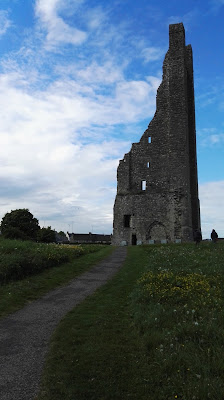 3.       Helps the thinking – A nice slow run solo is also a great way to come up with ideas on everything from how to stop the damp in your sitting room to how to break it to your boss that you’re leaving.

4.       Food tastes better – Ever notice how towards the end of those long runs thoughts of roast chiken dinners, spicy curries or meaty pasta dinners begin to dominate. Nothing better to help build a healthy appetite.

5.       Little treats – And if you do enjoy the odd guilty food pleasure then there are few better ways to make you feel you deserve one than an hour and a half of solid running. I remember one marathon training season I was nearly counting the days down to the snack box and battered sausage I would have after than thee actually race itself.

6.       You don’t come home limping – At least not usually. As much as I loved team sports there were rarely times, especially towards the end of my career I wouldn’t come home at least a little bit bruised, limping or beaten up needing a full day to recover. Nowadays it is only in the immediate aftermath of a marathon I have to walk down the stairs backwards.

7.       Catching up with friends – With so much of training ran at talking pace, there are few sports where you can spend the whole exercise session catching up on the week’s events or looking forward to the weekend. I mean, have you ever tried to talk relationships coming down an Alpine ski-slope?

8.       Get to know new people – Returning home from Australia? Recently released for a crime you didn't commit? Witness protection programme? Whatever reason you're new to the town, what better way than to get into a community than being our and about with runners? A sport annually voted in the top 3 nationwide of non-clicky sporting activities.

9.       Races are not just about position but also time, always something to go after – You don’t have to race but if you do, then rarely does the race become about the position. Instead it is about the time you finished, either compared to previous times this year or on the same course last year.

10.   Comradery with your competitors – Do you really spend several minutes after a football match chatting to your fellow competitors complementing them on their performance and asking how they felt? In running, you do. Because at the end of the day you really are only up against yourself and not the person finishing beside you (not really anyway)!

11.   And finally, there are some great places to race too. And where better than the Braveheart 5k?