So, the final week before our annual charge. 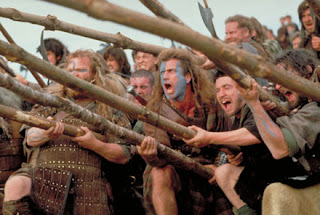 There’s a time in the film Braveheart where Mel Gibson a.k.a. William Wallace a.k.a. Son of Scotland is holding the line as a wave of English soldiers on horseback bear down on him and his men. He has done the preparation ahead of the battle and is lying in wait with big sharp feck off 10 foot wooden poles that at the very last moment he’ll call his men to pull up and impale the English cavalry. As they get closer and closer at alarming pace he starts to shout ‘Hold!!! Hold!!! Hold!!!’ That’s kind of like this week.

Of course, I am not referring to the impaling of your enemies at the last moment but the ‘holding’ part where in the final few days before race day you take it as easy as you can and do as little running as your nerves allows. Do that and you should be fresh as a daisy come Friday.

‘Hold’ could also refer to the ‘hold’ as the race begins where you don’t take off all guns blazing. 5k for some is a long distance, for others it is as short a competition they will race. For both, nothing makes it longer than taking off too fast in the opening k.

So on that, a few final tips: 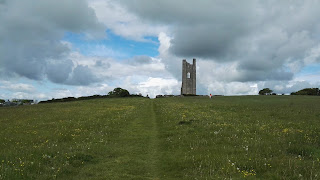 ·         Try not to be on your feet all day. Easier said than done in some jobs like hair-dressing, shop-keeping, on the beat Garda or tight-rope walking. Still the more you can rest, the better for the legs.
·         Don’t worry about hydrating in the hour or two before. That’s for the days before. You won’t dehydrate in 5 kilometres.
·         Leave the beef casserole till after.
·         When sticking on your race number avoid the sensitive parts. 5k of abrasion will leave for an irritating night’s sleep.
·         Try to be early down so you can get out for a proper warm up. Running down to the start line because you are late is not a warm-up. Trust me.
·         This year we will have a timing mat at the start so your actual time begins when you cross the mat. So, there is no need to bunch up the front at the beginning.
·         And then finally there will come a stage towards the end of the race, before the mind knows the race is almost over and the adrenalin kicks in, where you will think this is getting hard. And for the next few hundred metres it will be. But hang in there. You will be glad you did come the end.

Posted by ronanmoore at 7:51 AM